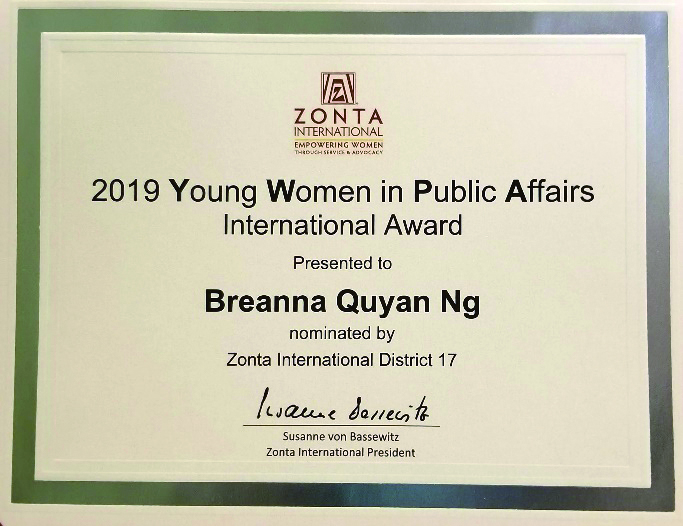 Advocate banner presented to the Zonta Club of Hong Kong for supporting the CAEC campaign.

DIAMOND award for the generous support of ZIF programs and CAEC.

DIAMOND award for nominating candidates for all Zonta education scholarships and awards and organising programs that empower women through education.

Award for the Advocacy Forum on “Women in Technology”.

Award for the best photo that captured an iconic moment promoting the “Zonta Says No to Child Marriage” centennial advocacy theme (see Z Club report for the aerial photo of “Z” and “100”). Also awarded for the greatest number of photos submitted.